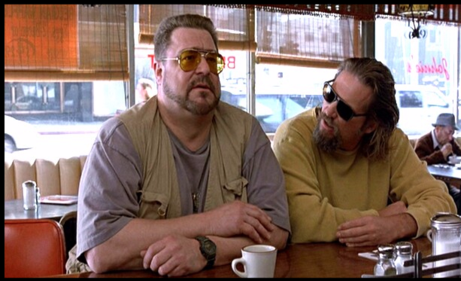 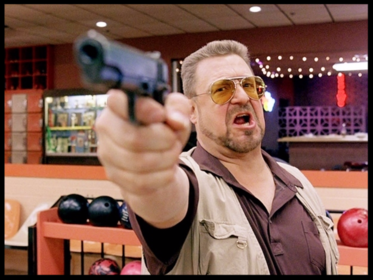 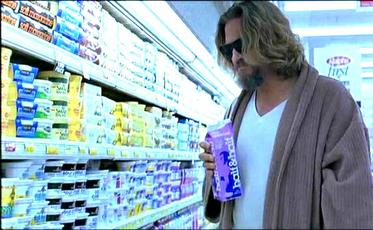 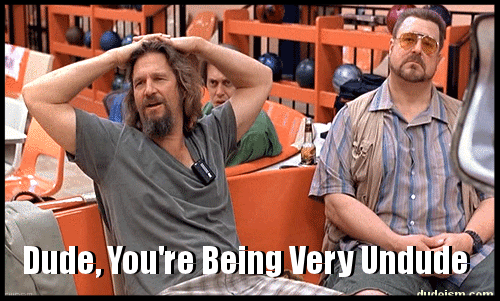 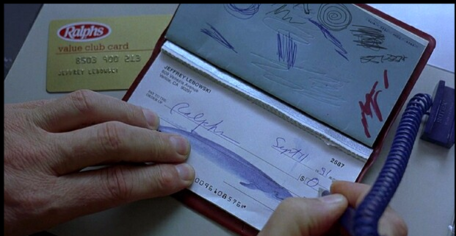 1. The Dude is secretly an heir to the Rubik’s Cube fortune.
In an early draft of The Big Lebowski, it was revealed that The Dude’s income came from his status
as an heir to the inventor of the Rubik’s Cube.
But Joel Coen cut that detail out, deciding it was best to keep the audience guessing.
2. Because Steve Buscemi’s character in “Fargo” didn’t know when to shut up,
Walter constantly tells Donny to “Shut the fuck up!”
3. The character of Walter was inspired by writer-director John Milius.
The self-proclaimed Zen anarchist is obsessed with guns and penned the first two Dirty Harry films, Apocalypse Now, and Red Dawn, among others.
4. Johnie’s Coffee Shop was not only the setting for Walter and The Dude’s coffee scene,
but it has also appeared in American History X and Reservoir Dogs.
5. The Dude is never shown bowling in the movie.
6. The Jesus’ hilariously obvious bulge is thanks to a large bag of bird seed shoved down his pants.
7. Singer-songwriter Aimee Mann made a cameo in the film. She plays a nine-toed nihilist at the diner.
8. The character of The Dude was based off of Jeff Dowd, an independent film producer.
He met the Coen brothers while helping them secure distribution for their first feature, Blood Simple.
9. The F-bomb is dropped 292 times. That’s more than in The Departed and Scarface.
10. You’ll hear the word “dude” around 161 times in the movie.
It’s uttered 160 times, and we see it as text in the credits for the Gutterballs dream sequence.
11. And The Dude says “man” 147 times overall. That’s nearly 1.5 “man”s a minute.
12. Number of White Russians The Dude drinks: 9
One is lost when The Dude drops it at Jackie Treehorn’s mansion. RIP, that White Russian.
13. We see Jackie Treehorn’s thugs twice, and the second time they’ve switched shirts! Sneaky thugs, very sneaky.
14.None of Donny’s bowling shirts bear his actual name.
15. Charlize Theron was in the running to play Bunny Lebowski.
But Tara Reid got the honor of saying, “I’ll suck your cock for a thousand dollars.”
16. Bunny’s license plate says “LAPIN,” which is French for rabbit. Rabbit, bunny, same diff.
17. The photo of Bunny’s farm is from Truman Capote’s In Cold Blood.
Coincidentally, Philip Seymour Hoffman, who played Brandt, would go on to star as
Truman Capote in the 2005 film Capote.
18. There’s a 9/11 conspiracy theory surrounding the film.
That’s because The Dude writes a check for half and half, dated September 11, 1991,
and while he’s writing it, George Bush can be heard on the TV in the background.
19. Walter’s famous line, “This is what happens when you fuck a stranger in the ass!” was edited down so it could air on TV.
The line was changed to “This is what happens when you find a stranger in the Alps!”
20. A lot of The Dude’s clothes came from Jeff Bridges’ closet.
including those fab Jellies sandals. 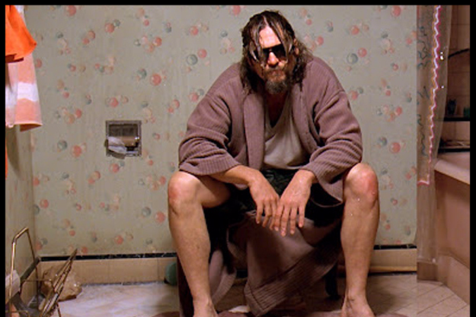 TRUE SECRETS ABOUT THE DUDE 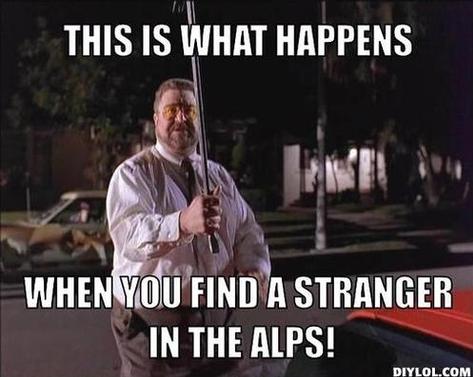